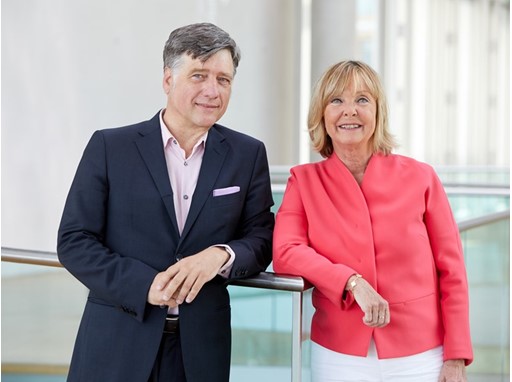 Lufthansa Group is expanding the range of support it provides for employees who have been sexually harassed. As of June 1, Christine Lüders and Martin Lüdemann – two external, independent persons of trust who can be contacted in addition to the internal contacts – will be available for employees of Lufthansa Group.

Lufthansa Group already supports employees affected by sexual harassment with a variety of processes and internal contact points. Those affected can get in touch with their managers, HR management, the works council or employee representatives, social counselling or the manager equal opportunity. With the external persons of trust, the company is expanding its range of anonymous assistance. As an additional preventative measure, the existing content used to educate and train employees on this topic is being modified.

“We must support our employees even more when it comes to seeking help in cases of sexual harassment, no matter where and in which context the harassment occurs. The more employees make their voices heard, the lower the barrier becomes for others in similar situations to speak up. It is for this reason that we have recruited external persons of trust who will serve as contacts for those affected,” said Dr. Bettina Volkens, Chief Officer of Corporate Human Resources and Legal Affairs at Deutsche Lufthansa AG.

Christine Lüders headed Germany’s Federal Anti-Discrimination Agency from 2010 to the beginning of May 2018. Lüders has a long-standing connection to Lufthansa, having begun her career in 1976 as a flight attendant. Until 1993, she held various positions within the group – in product development and as an advisor to the Executive Board in the area of press and public relations, among other things. Later, she worked as Head of Press and Public Relations in the North Rhine-Westphalian Ministry of Generations, Family, Women and Integration and as Head of the Public Relations Department and Commissioner for Charitable Foundations in the Hessian Ministry of Education and Religious Affairs. Lüders, who holds an advanced degree in education, is married and lives in Berlin and Frankfurt/Main.

Martin Lüdemann has been working as a psychologist and supervisor for 25 years. He consults, supports and guides groups and individuals in organizations – mostly in the business sector, but also groups in the social sector. Lüdemann, who holds an advanced degree in psychology (industrial and organizational psychology as well as marketing), began his professional life as a consultant at Lufthansa Consulting in Cologne and helped establish Dr. Sourisseaux, Lüdemann and Partners in 1996. He worked for the consulting business psychologists in Darmstadt for 17 years before going into business for himself in 2013. Lüdemann lives in Schlangenbad, is married and has two adult children.