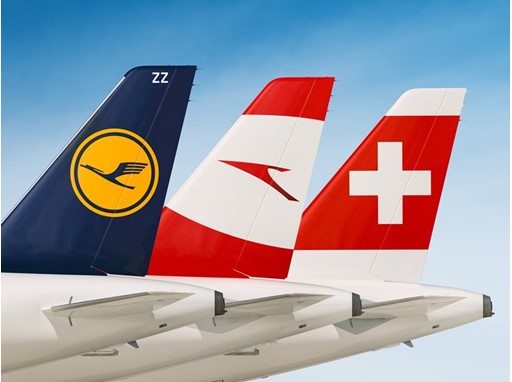 In order to fulfil the unusually high current demand for tickets from Berlin to Frankfurt, Munich, Zürich and Vienna, three airlines of the Lufthansa Group (Lufthansa, Swiss International Air Lines, Austrian Airlines) will replace the usually scheduled short-haul aircraft with wide-body aircraft for a short-term in October. In addition, all other scheduled flights from these hubs to Berlin will almost all be flown with the largest short-haul aircraft of the Lufthansa Group (Airbus A321) during the period from 23 to 25 October.

With the use of the larger aircraft, far more passengers can be transported, so that as many travel wishes of Berliners can be fulfilled as possible. The extended flights from Berlin have been scheduled to enable passengers to conveniently reach many global transfer flights of the Lufthansa Group airlines via the airports Frankfurt, Munich, Zürich and Vienna.

The cabin equipment of the wide-body aircraft is the same as for any long-haul flight of the Lufthansa Group airlines. The service will also be the same as that offered by Lufthansa, Swiss and Austrian Airlines in the respective travel class for flights to and from Berlin.

The use of larger aircraft for this period are not the only measures taken by the airlines in the Lufthansa Group to cope with the strong demand. In September, Lufthansa had already decided to use a Boeing 747-400 during high-peak times from Frankfurt to Berlin. The jumbo has thus visited Tegel more than 60 times.

In addition, Lufthansa will connect Berlin and New York four times a week from November 8, 2017.