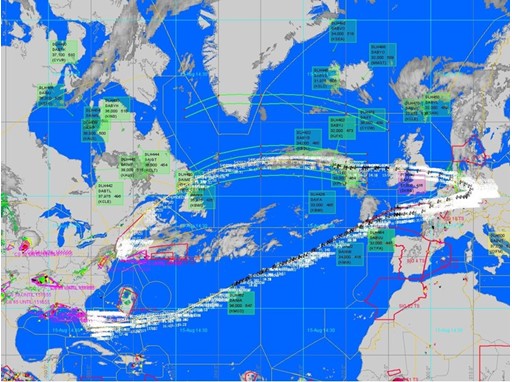 The systems which track the routes of aircraft contain gaps. Employees from the Process Stream ‘Operations Control’ and technical departments are developing joint solutions to change this.

To this day, the fate of the passengers is unclear: On March 8 2014, Malaysian Airlines flight MH 370 disappeared on its way from Kuala Lumpur to Beijing. After some three years, the search was called off. An unusual case, but not the only one of its kind. “This is an unacceptable situation,” says Christian Oerter of Lufthansa Technik. Together with his SWISS colleague Jannis Malzahn, he is heading a project to try and change this. The cross-group “Aircraft Tracking” working group implements requirements of the world aviation organization ICAO and the European aviation safety agency EASA. Their goal: To improve the tracking of aircraft and to locate them more quickly in the event of a crash. The reason why this has been so difficult in the past are so-called remote areas. As soon as aircraft enter this airspace above the oceans, they disappear from the monitors of the radar controllers. Because due to the earth’s curvature, the reflected radar beams can no longer be received. The only possible safe link between aircraft and the ground in oceanic airspace is via shortwave radio – or communication via satellite. Gaps always remain, however. ICAO and EASA intend to eliminate inaccuracies using a range of methods: Aircraft tracking, for example, means that from December 16 2018, all aircraft worldwide will send a 4D position report to the ground containing the current altitude, geo-coordinates and the time of the report. “Aircraft belonging to the Lufthansa Group are already capable of aircraft tracking; a few merely require small modifications,” says Malzahn. “It is great that all the Lufthansa Group airlines are working together on a joint solution,” says Christian Pöselt, Head of Lufthansa Operations Control Center in Frankfurt, and responsible for all Dispatch and Mission Support processes of the Lufthansa Group. “In this way, we all benefit mutually from others’ experience.”​