The perfect start: Lufthansa A380 exceeds expectations in Munich 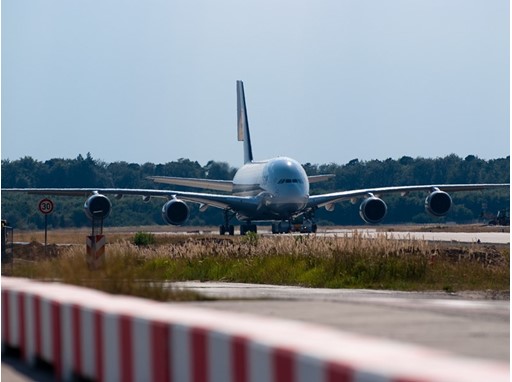 The Lufthansa A380 has been very successful in Munich. Booking figures, operational quality and customer feedback are already exceeding expectations in the first month. Since the end of March, Lufthansa has stationed five long-haul Airbus A380s at Munich Airport for the very first time. The flagship of the Lufthansa fleet flies from its Bavarian hub to Los Angeles, Beijing and Hong Kong every day. The 509-seat A380 flights have been very well utilized right from the start.

"The start of our A380 in Munich has been successful in all respects. Our customers are impressed by the travel experience the largest passenger aircraft in the world offers them. Thanks to the professional internal groundwork and good cooperation with Munich Airport, the start was ideal from an operational point of view," says Wilken Bormann, CEO of Lufthansa's hub in Munich. "The overall good booking figures for the summer confirm our strategy at the Lufthansa hub in Munich."

Lufthansa's current summer timetable offers twelve percent more capacity at its Munich hub than in the previous year, and seating on long-haul routes is even 17 percent higher. "It turns out that in locations where quality is high for our customers, but infrastructure costs are low, successful growth is possible. We see further potential in Munich, especially with long-haul routes. If the underlying conditions are right, we would like to continue our growth story at the site," says Wilken Bormann.

Lufthansa has always relied on premium quality in Munich – both on the ground and in the air. For example, alongside the A380, Lufthansa is currently deploying the Airbus A350, the world's most modern passenger aircraft, in Munich. In Terminal 2, which is operated jointly with Munich Airport, Lufthansa customers can experience the highest level of service quality, which is constantly being improved. Status customers have access to eleven Lufthansa lounges with an area of 8,800 square meters at their disposal. To strengthen its premium offering, Lufthansa will continue to offer the A340-600 with an exclusive Lufthansa First Class.

"Munich is a first-class premium hub, where our customers experience the unique combination of a five-star airline and a five-star airport. This makes Munich so attractive for Lufthansa passengers from all over the world," says Wilken Bormann.

At the end of last year, Lufthansa was rated the first and only European five-star airline by the London Skytrax Institute. Munich Airport has been Europe's first five-star airport since 2015 and last year, the jointly operated Terminal 2 was voted the world's best terminal.