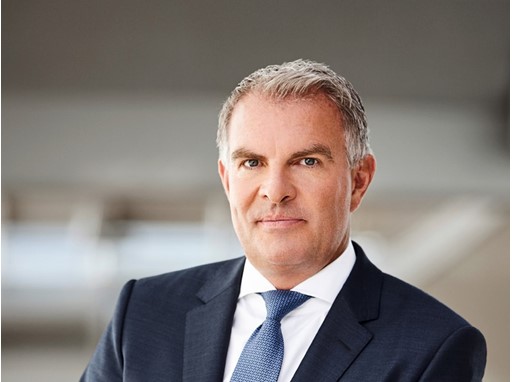 The Chairman of the Supervisory Board of Deutsche Lufthansa AG, Dr. Karl-Ludwig Kley, says: “Carsten Spohr has consistently and very successfully advanced the modernization of Lufthansa Group over the past years. He enjoys the highest level of confidence from all the Members of the Supervisory Board, who recommended in great unity that his contract be extended. That Carsten Spohr will be guiding the fortunes of the Executive Board for another five years is good news for Lufthansa Group.”

After completing a degree in Engineering Management, Carsten Spohr obtained a commercial pilot’s license at Lufthansa’s pilot school. Over the course of his aeronautical career, he earned his captain’s license, which he has maintained ever since. After a switch to Deutsche Aerospace AG in Munich, he returned to Lufthansa in 1994. In 1998, Spohr took over the responsibility for Lufthansa’s partnerships, first on a regional and later on a global level, including Star Alliance. In October 2004, he joined the Divisional Board of Lufthansa Passage, and was appointed CEO of Lufthansa Cargo AG in 2007. Carsten Spohr has been a Member of the Executive Board of Deutsche Lufthansa AG since January 1, 2011, and its chairman since May 2014.

An image of Carsten Spohr in printable resolution can be downloaded here.
Carsten Spohr’s detailed CV is available here.