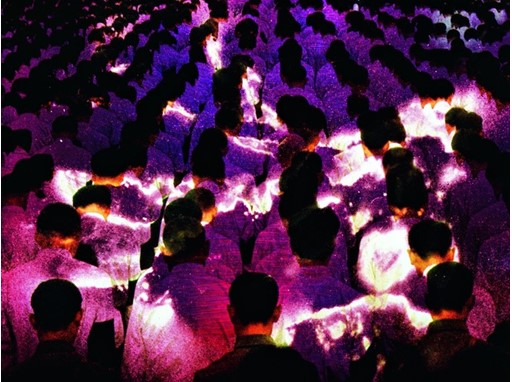 Lufthansa supports the Deutschland 8 exhibition project: From 19 September until 31 October 2017, exhibits from approximately 55 German artists will be displayed at eight exhibition spaces in Beijing. The aim is to illustrate the development and diversity of the German art scene. The Foundation for Art and Culture (Stiftung für Kunst und Kultur e.V. Bonn) and the Central Academy of Fine Arts, Peking are the joint organisers.

“We are delighted to support this special project because Deutsche Lufthansa can also look back on a long-term relationship with China. The foundation was laid more than ninety years ago by our pilots when they were the first from a European airline to land in Beijing after ten gruelling flight stages,” says Carsten Spohr, Chairman of the Executive Board of Management of Deutsche Lufthansa AG.

The exhibition brings together 55 artists with approximately 320 pieces of work, including Georg Baselitz, Katharina Grosse, Andreas Gursky, Candida Höfer, Anselm Kiefer, Alicja Kwade, Markus Lüpertz, A.R. Penck, Sigmar Polke, Neo Rauch, Gerhard Richter, Michael Sailstorfer, Emil Schumacher and Rosemarie Trockel. Their work will be on display at eight exhibition spaces in Beijing, including at the CAFA Museum, Today Art Museum, Minsheng Art Museum, Red Brick Museum and in the Tai Miao temple in the Forbidden City. This is the first time ever that western contemporary will be on show in this historic place.

“Deutschland 8” sees itself as a response to “CHINA8”, the large exhibition of Chinese contemporary art which was on display in 2015 in the Ruhr area. Foreign Minister Sigmar Gabriel commended the project as an outstanding sign of understanding and intercultural dialogue.