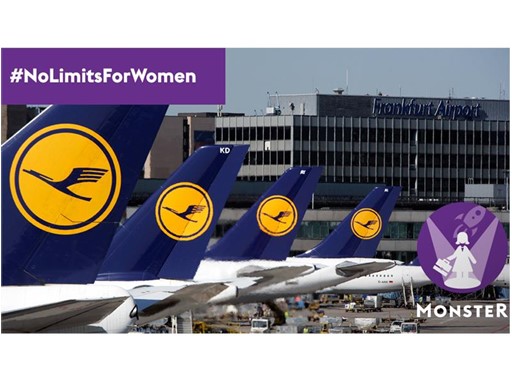 In the context of a campaign by employment website Monster.de and film distributor Twentieth Century Fox, Lufthansa is offering women the opportunity to apply for a career day with the company. For the release of HIDDEN FIGURES on Thursday, 2 February 2017, Monster will create a campaign calendar for women and, beginning on 23 January 2017, will draw winners who will have the chance to gain insight into supposedly typically male professions in German companies.

Lufthansa is on the agenda for 27 January. The winner may choose from a wide range of professions, mostly in the operative areas, that are typically male-dominated. Logistics, aircraft maintenance, or the air-traffic control centre; there are many possibilities. In addition to offering a look behind the scenes, the biggest German airline will provide travel to Lufthansa headquarters as well as accommodation in Frankfurt for the lucky winner.

“We are happy to highlight our commitment to diversity and equality by participating in the #nolimitsforwomen week. At Lufthansa, diversity means variety, inventiveness, and the inclusion of different perspectives. As an international and multicultural company, we have to be a good example to others,” says Dr. Bettina Volkens, Chief Officer Corporate Human Resources and Legal Affairs.

The film HIDDEN FIGURES is about the incredible and previously untold story of Katherine Johnson (Taraji P. Henson), Dorothy Vaughan (Octavia Spencer) and Mary Jackson (Janelle Monáe). These three outstanding African American women work at NASA and are the brains behind one of the most important events in recorded history: launching the astronaut John Glenn into orbit. It is a breath-taking achievement that renews the self-confidence American nation, redefines the space race, and shakes up the world. This visionary trio transcends all boundaries of gender and race, inspiring generations to believe in their biggest dreams. The film also features performances by character actors Kevin Costner and Jim Parsons. You can watch the trailer to HIDDEN FIGURES here: www.youtube.com/watch​​

At Lufthansa, women shape the corporate culture significantly and are equally responsible for the success of the company. The aviation group is convinced that more diversity in the company is a deciding factor for the sustainability, the innovative power, and the customer orientation of the company. Lufthansa is very committed to diversity and equality. In order to achieve its ambitious quota goals, the company has introduced career counselling for female employees as well as flexible work work models that makes it easier for both female and male employees to balance family and career. The company is also involved in the initiative “Chefsache: Drive the Change – For Men and Women” as well as International Women’s day, and is a signatory of the Charta of Diversity.