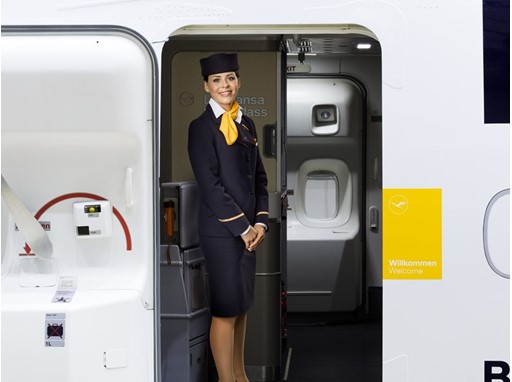 "The Lufthansa Group has become more modern, significantly more efficient and more profitable in all areas," says Carsten Spohr, Chairman of the Executive Board of Deutsche Lufthansa AG. "Everyone has benefited from the modernization: Our customers, our employees and our shareholders."

Shareholders to participate in record result

The Executive Board and Supervisory Board of Deutsche Lufthansa AG have proposed a dividend of €0.80 per share at the Annual General Meeting. This corresponds to a 60 percent increase in the dividend compared to the previous year and would be the second highest dividend since the privatization of the company. Based on the 2017 year-end closing price, the dividend yield would amount to 2.6 percent. This dividend is intended to enable shareholders to participate in the record result for 2017. In addition, the price of Lufthansa shares rose by around 150 percent in 2017.

The Lufthansa Group revenue rose by 12.4 percent to EUR 35.6 billion in 2017. Adjusted EBIT also increased by about 70 percent to nearly three billion euros and a margin of 8.4 percent was achieved. In addition to high demand and a positive price trend, the basis for this increase in profitability was, , due to the success in once  again reducing unit costs  - by a further 1.8 percent, after excluding one-off effects -. Despite increased investments, free cash flow almost doubled to EUR 2.3 billion.
"2017 was the most successful year in the history of Lufthansa, and the third time in a row that we presented record results.  By far, we achieved the best result ever," says Carsten Spohr.

The Lufthansa Group stands firmly on three pillars: the Network Airlines, the Eurowings Group and Aviation Services.
The Network Airlines Lufthansa, SWISS and Austrian Airlines are continuing to invest in quality and digitalization. Nevertheless, the focus remains on further cost savings. Among other things, the continuous modernization of the fleet is also contributing, as the operating costs of the new aircraft are around 20 percent lower.
Eurowings continues to consistently focus on profitable growth, thus securing The Group's leading position in point-to-point transport in its domestic markets.
Aviation Services contributed well over EUR 700 million to The Group's positive result.

"We will continue balancing the interests of our customers, employees and shareholders to ensure sustainable success. The topics on the way there remain the same: increasing quality. Reduce costs. Improve efficiency," says Carsten Spohr.