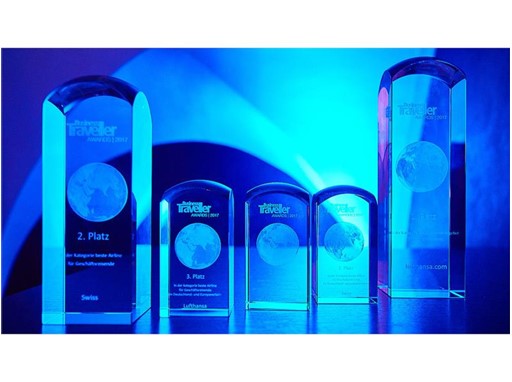 A total of five awards for Austrian Airlines, Lufthansa and SWISS at this year’s Business Traveller Awards

“SWISS, Austrian Airlines and Lufthansa were ranked the top three in Europe, showing that customers value our investment in aircraft, facilities and digitalisation just as much as our employees’ excellent service” says Harry Hohmeister, member of the Executive Board of Deutsche Lufthansa AG and responsible for the Hub Management department. “Using our well-connected, excellent network services, business travellers can quickly and efficiently reach around 300 destinations worldwide via our four hubs."

Every year, readers of the prestigious German Business Traveller magazine take part in a survey conducted by an independent marketing institute, in which they rate various companies in the travel sector.