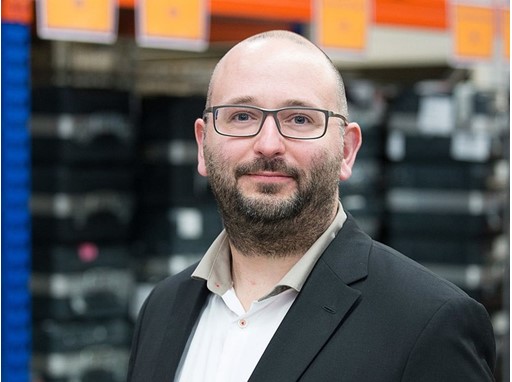 While several months ago, you could lean back with superficial knowledge, if at all, and wait for technological progress to happen, this topic must now be addressed. Blockchain is the technological hype. Too bad if you still don’t quite understand what this means, even after reading several specialist articles. Author Maik Klotz strikes a chord with his article “Gar kein Mysterium. Blockchain verständlich erklärt” (“It’s not a mystery: Blockchain explained”) on www.it-finanzmagazin.de​: “Blockchain – a term as cumbersome as a wardrobe and as tough as chewing gum. There are many definitions, articles and information videos on blockchain, but many are nothing more than a list of buzzwords. Explaining a loan word by using loan words is not really helpful.” At Lufthansa, there are also more and more IT experts for this area. Such as Dr. Carsten Böhle of Lufthansa Industry Solutions. Perhaps he can shed light on the issue.

Dr. Böhle, what is a blockchain?

A blockchain is a decentralized database, in which entries can be irrevocably and unchangeably stored. It enables data storage – e.g. transactions such as a money transfer – which can also be carried out anonymously, for example using bitcoins. This is the most well-known crypto-currency based on blockchain. To this purpose, millions of people have already used a blockchain, whether they are aware of it or not. The blockchain also allows you to carry out complete programs, so-called smart contracts, in a reliable and trustworthy manner. These do not take place on your own computer, but it is ensured that the program code is also followed exactly by other computers. Processes can thus be automated, which are today required by independent and trustworthy third parties, such as banks.

Can I pay using bitcoins as a private individual? And if so, what for?

While bitcoins were initially popular on the Darknet, there are now many larger and smaller companies that accept bitcoins. For larger companies, this often represents an experiment; others support bitcoins out of conviction. There is currently a lot of speculation regarding bitcoins, so caution is called for.

So, bitcoins and blockchain are not directly linked. Why are they so often mentioned with the same breath?

Bitcoin, that is, the most well-known crypto-currency, is based on a blockchain. In addition to the bitcoin-blockchain, there are also private blockchains and countless other crypto-currencies. Although the general idea of blockchains is quite old, it only made its breakthrough when the concept of bitcoins was introduced in 2008.

What the future will bring
In your view, what other possible applications are there outside of finance?

At its core, blockchain enables the replacement of a trustworthy third party. In areas of application, it is thus in principle a matter of digitalizing trust. Established technology companies as well as start-ups are looking for coherent scenarios in this regard. In logistics, the tracing of valuable goods is one possible area of application and is already being tested for diamonds. The life cycle of aircraft components and the status of air freight could also be mapped onto a blockchain. Further areas of application relate to documents. Processes involving freight documents in particular could be simplified, because today, originals have to be carried in multiple copies. Blockchain is also very suitable for when several partners have to work together. Here, the blockchain has the potential to replace central platforms and to enable cross-organizational, trustworthy workflows. One example is the mutual settlement of assets and liabilities between companies, i.e. clearing.

How do you see the future development?

We have probably just passed the climax of the hype. The initial enthusiasm has damped down and concrete application scenarios are slowly becoming clear. But it is currently difficult to really judge whether blockchain will remain a special niche solution, or whether it will find a broader application beyond bitcoins. I think that we cannot transfer existing processes on a one-to-one basis, but rather that new processes will exploit the technology’s potential. And the combination with other cryptographic concepts is also exciting: Secure multiparty computation could be a candidate that enables new forms of cooperation. Here, encrypted values are used for computation so that it is possible, for example, to calculate the most favorable offer without providers having to disclose their prices.

Here are the benefits at a glance: