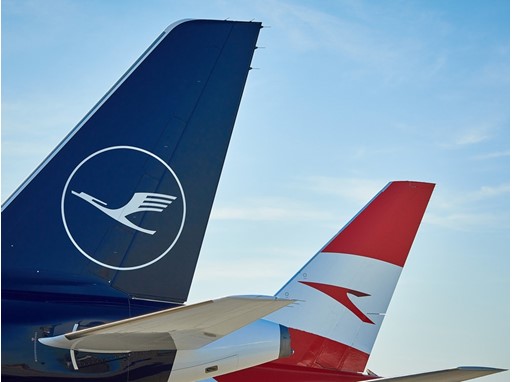 The Lufthansa Group carrier Austrian Airlines will temporarily suspend scheduled flight operations as of Thursday, 19 March 2020. Austrian Airlines is thus reacting to the entry restrictions imposed by many countries in response to the massive spread of the coronavirus.

For the time being, the last flight with flight number OS 066 will land in Vienna from Chicago at 8:20 a.m. on 19 March. Until then, flight operations are to be reduced in a controlled and structured manner in order to bring all passengers and crews home if possible. Initially Austrian Airlines will cancel all flights until March 28th 2020, and passengers who have booked a flight with Austrian Airlines during this period will be rebooked on other airlines if possible.

In addition, Lufthansa Group airlines will further reduce their short- and long-haul schedule. The cancellations, which will be published as early as tomorrow, March 17th, will lead to a sharp decline in long-haul service especially in the Middle East, Africa and Central and South America. Overall, the Lufthansa Group's seating capacity on long-haul routes will be reduced by up to 90 per cent. A total of 1,300 weekly connections were originally planned for summer 2020.

Within Europe the flight schedule will also be further reduced. Starting tomorrow, around 20 percent of the originally planned seating capacity will still be offered. Originally, some 11,700 weekly short-haul flights were planned for summer 2020 with Lufthansa Group airlines.

The additional cancellations will be published over the next few days and passengers will be informed accordingly.

Despite the large-scale cancellations, Lufthansa, Eurowings and Austrian Airlines have scheduled more than 20 special flights with over 6,000 guests on short notice to fly cruise passengers and holidaymakers back home. Wide-body aircraft namely, the Boeing 747 & 777 and Airbus A350 are being used to offer as much capacity as possible on these return flights. Since thousands of German, Austrian, Swiss and Belgian citizens are still waiting to return to their home countries, Lufthansa Group airlines have made arrangements for further evacuation flightsand are in close contact with the governments of their home countries concerning this. Carsten Spohr, Chairman of the Executive Board of Deutsche Lufthansa AG, said: "Now it is no longer about economic issues, but about the responsibility that airlines bear as part of the critical infrastructure in their home countries.” Lufthansa will work with airports and air traffic controllers to develop a coordinated concept for maintaining the critical infrastructure.

The new timetable for all Lufthansa Group airlines will initially be valid until 12 April 2020. Lufthansa Group passengers planning a trip in the coming weeks are advised to check the current status of the respective flight on their airline's website before departure. If rebooking possibilities exist, the passengers concerned will be proactively informed about alternatives, as long as they have provided their contact details online. In addition, currently changed rebooking conditions apply on a goodwill basis. Customers can find more information about this at lufthansa.com.

We are currently receiving an exceptionally high number of customer calls at our Service Centers and at our stations. We are continuously working on increasing capacity to meet this demand. Nevertheless, there are currently long waiting times. Passengers can use the extensive rebooking and self-service options on the airlines' websites as an alternative to the Service Centers.

Unlike the passenger airlines, Lufthansa Cargo has so far been able to operate all its planned flights except for cancellations to mainland China. The Lufthansa Group subsidiary will continue to do everything in its power to maintain the flight operations of its own cargo fleet and thus support the global supply chains. Especially during the current crisis, logistics and thus also airfreight are of paramount importance.