Lufthansa Group continues to suspend flights to China and Iran 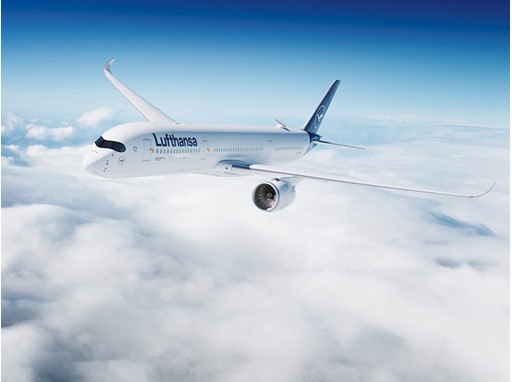 The safety of its passengers and employees is the top priority of the Lufthansa Group. After a thorough assessment of all currently available information on the Coronavirus, Lufthansa Group has decided to continue to extend the suspension of flights between Germany, Switzerland, Austria and mainland China by Lufthansa, SWISS and Austrian Airlines until 24 April. Flights to Tehran will remain suspended until 30 April.

Additionally, Lufthansa Group airlines are reducing additional frequencies in their route network to and from Hong Kong and Seoul (Korea). Flights between Munich and Hong Kong will be suspended between 6 March and 24 April. Passengers will be rebooked via Frankfurt and Zurich as far as possible during this period. Between 5 March and 24 April, some frequencies will also be cancelled on routes from Frankfurt and Munich to Seoul.

Italy is another focus of capacity reduction.

Lufthansa is adjusting its services to Northern Italy to meet changed demand. Lufthansa is adapting its offer to the changed demand and will reduce frequencies on various routes to Italy in March. This includes the destinations Milan, Venice, Rome, Turin, Verona, Bologna, Ancona and Pisa. In addition, frequencies on domestic routes from Frankfurt to Berlin, Munich, Hamburg and Paderborn and from Munich to Berlin, Hamburg, Düsseldorf, Cologne, Bremen and Hanover will be reduced.

SWISS will probably reduce flight frequencies to and from Florence, Milan, Rome and Venice until the end of April.

Austrian Airlines is reducing its flight program to Italy in March and April by 40 percent. This includes reductions of flight frequencies on routes from Vienna to Milan, Venice, Bologna, Florence, Rome and Naples.

Eurowings is reducing its flights to and from Venice, Bologna and Milan until 8 March. Eurowings flights to other destinations in Italy are currently not affected.

For its Italian route network, Brussels Airlines has decided to reduce its flights to Rome, Milan, Venice and Bologna by 30 percent until 14 March.

Passengers are requested to check their flight status on the airlines’ websites. Passengers who have provided their contact details will be informed by SMS if their flight is affected due to the Coronavirus.

These scheduling changes are part of the capacity reduction announced by Lufthansa Group last Friday (28 February). Accordingly, the availability of short- and medium-haul flights may be reduced by up to 25 percent in the coming weeks depending on further developments in the spread of the Coronavirus. Lufthansa Group airlines are also continuing to reduce their long-haul flight program. Mathematically speaking, the number of Lufthansa Group long-haul aircraft not in operation will increase from 13 to up to 23.

Lufthansa Group has also announced further cost reductions in the personnel area as well as for material costs and project budgets.

It is not yet possible to estimate the expected impact on earnings from current developments. The Lufthansa Group will publish key financial figures at its annual press conference on 19 March, 2020.