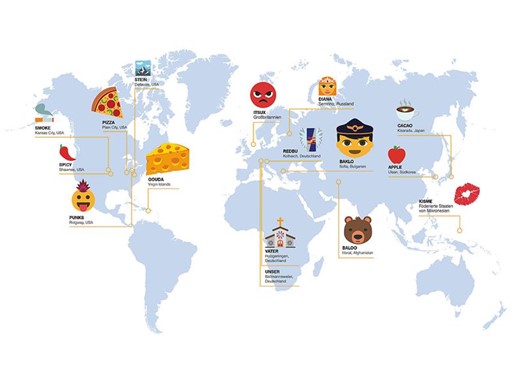 And one is named in honor of a Lufthanseat

There is little that sports fans would not do to express their devotion to a team, from shirts and scarves to oversized car stickers. But one idea dreamed up by a group of colleagues at American air traffic control beats everything. They dedicated a tribute in the sky to their favorite baseball team. “MARNR,” standing for the Seattle Mariners, is now the name of a waypoint high above Seattle. These waypoints are electronically specified points that pilots can use as orientation aids – not unlike positioning data in shipping.

Several of these waypoints have personal names. Normal ones like “Horst” or “Boris,” and famous ones such as “Baloo” after the bear from “The Jungle Book.” Some are even named after a being that has always resided in the heavens: “Unser” (our) and “Vater” (father).

Josef Anschau knows all about the naming process. The 55-year-old captain is responsible for all issues relating to navigation at Lufthansa and the Lufthansa Group – and is an expert on waypoints.

Originally, he explains, radio signals (known as radio beacons) along air corridors indicated the route from one airport to another. Later, coordinates were used instead: 13-digit sets of numbers and letters that indicated the longitude and latitude, among other things. “Those were very long and always carried the risk of misunderstandings when communicating over the radio,” says Anschau. These days, the coordinates are largely invisible in the background and waypoints are used as clear markers in the sky instead. They set out approach and departure routes, as well as air corridors. In Lufthansa’s network of routes alone, there are 31,000 waypoints in airport areas, known as “terminal waypoints,” and 57,000 on the routes themselves, known as “en-route waypoints.”

What doesn’t fit is made to fit

Some waypoints are made up of a combination of numbers and letters, known as “tactical way points,” while others are pronounceable five-letter words, known as “five-letter pronounceable way points.” The names are assigned by ICAO, the International Civil Aviation Organization based in Montreal, Canada. National air traffic control authorities can submit suggestions for names through their ­respective regional offices. The only requirement is that names are always made up of five letters. “And what doesn’t fit is made to fit,” says Anschau. By simply dropping a few vowels, for example, as was done with the Seattle Mariners.

Happy days, then, for those who have always wanted to erect a monument to themselves in the sky? Anschau chuckles. “Putting your own name forward is not common. There is an unwritten rule saying that it should be a kind gesture of recognition by colleagues.” One Lufthanseat, Mario Bakalov, will soon be receiving this recognition. After he had worked for many years as a contact pilot promoting cooperation between Lufthansa and the Bulgarian air traffic control authority, the Bulgarians named a waypoint “BAKLO” in his honor.

Want to know more? You can find the exact coordinates of all waypoints here:
opennav.com​