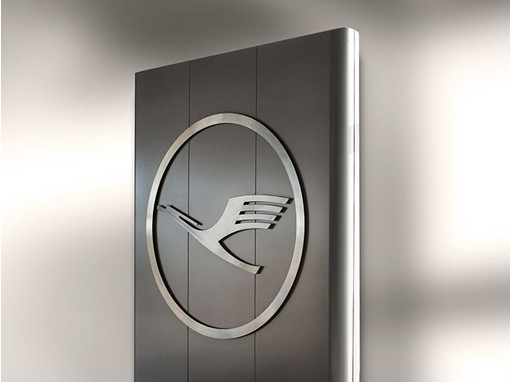 “We achieved another record earnings result in the first nine months of this year,” said Carsten Spohr, Chairman of the Executive Board of Deutsche Lufthansa AG, at today’s presentation of the Lufthansa Group’s nine-month interim results. “A result that gives us the investment and growth capabilities we need to play an active part in the consolidation of the European airline market, and to continue to invest in the future of our company.”

The good nine-month result is attributable primarily to continuing positive business trends at the Group’s airlines. Despite increasing overall capacity for the period by 11.7 per cent, the Group’s air carriers improved their aggregate nine-month seat load factor by 2.1 percentage points. Unit costs excluding fuel and currency factors were reduced by 0.8 per cent in the same period, though a slight 0.2-per-cent increase was recorded for the third quarter mainly due to provisions for higher profit sharing payments of 1.1 percentage-points).

The Group’s airlines posted higher-than-prior-year seat load factors and yields for all key traffic regions. Unit revenues excluding currency factors were up 2.0 per cent for the first three quarters and 4.5 per cent for the third-quarter period. The nine-month Adjusted EBIT margin of 9.6 per cent was an improvement of 2.6 percentage points on the prior-year period. Third-quarter Adjusted EBIT margin stood at 15.5 per cent, with all the Group’s airlines (including Lufthansa Cargo) posting significant margin increases. Higher fuel costs burdened the nine-month  result with EUR 243 million. In total, these amounted to EUR 3,939 million – a 6.6-per-cent increase on the prior-year period, though this is at least partly attributable to the first-time consolidation of Brussels Airlines and the resulting higher fuel needs.

A further material improvement in the Group’s financial KPIs
Net profit for the first nine months of 2017 amounted to EUR 1,853 million, broadly in line with a prior-year result that had felt the EUR 713 million positive impact of certain non-recurring items. Cash flow from operating activities increased EUR 1,405 million to EUR 4,459 million, thanks largely to the good result and higher advance bookings. Despite a 10.3-per-cent increase in capital expenditure to EUR 1,802 million, free cash flow improved by 83.3-per-cent to EUR 2,790 million (prior year: EUR 1,518 million). Net financial debt fell to EUR 521 million, an 80.7-per-cent reduction since the beginning of this year (end of 2016: EUR 2,701 million). Pension liabilities were reduced by almost half a billion euros to EUR 7,888 million over the same nine-month period, thanks in particular to the positive developments of the pension fund asset. At the end of the quarter, the balance sheet equity ratio stood at 22.3-per-cent, a 1.7-percentage-point increase since the beginning of the year.

“Despite higher investments, we almost doubled our free cash flow and reduced our net financial debt by over 80 per cent in the first-nine-month period,” says Ulrik Svensson, Chief Officer Finance of Deutsche Lufthansa AG. “Particularly encouraging,” Svensson continues, “is that all our Group’s airlines were able to raise their margins. The positive economic environment played its part in this. But these results also – and above all – reflect all our hard work over the past few years, which are now bearing fruit. We now need to continue working to consistently lower our costs and further creating the financial strength we need for the future.”

Network Airlines continue to drive favorable results
The Network Airlines of the Lufthansa Group generated total revenues of EUR 17,695million for the first nine months of 2017, an increase of EUR 1,065 million on the prior-year period. They reported an Adjusted EBIT of EUR 1,947 million (prior-year period: EUR 1,324 billion). The Airlines’ Adjusted EBIT margin amounted to 11.0-per-cent for the first three quarters and 18.0-per-cent for the third-quarter period.

Point-to-Point Airlines with significantly positive earnings contribution
With the first-time consolidation of Brussels Airlines and the further addition of the Air Berlin wet-lease operations, the Group’s Point-to-Point Airlines almost doubled their nine-month revenues to EUR 3,031 million. They posted a clearly positive Adjusted EBIT for the period of EUR 145 million (prior-year period: EUR -24 million). They also achieved a significant further improvement in their unit costs for the period, including a third-quarter reduction of just under 10-per-cent. “We expect Eurowings to report a positive result as early as this year,” Ulrik Svensson confirms, “which is a year earlier than we originally envisaged.”

As a result of various factors including residual costs relating to the closure of the Hamburg aircraft overhaul operation and higher material costs, nine-month Adjusted EBIT for Lufthansa Technik decreased by EUR 33 million to EUR 333 million (prior-year period: EUR 366 million).

Outlook
Fourth-quarter unit revenues are expected to increase slightly on organic capacity growth of 5.5-per-cent. The financial burden of EUR 100 million resulting from strikes in the fourth quarter of last year will not recur. The Group expects to see a fourth-quarter slight reduction in unit costs excluding fuel and currency effects at its passenger airlines. Fuel costs (including Brussels Airlines) are expected to amount to circa EUR 5.3 billion this year. This reflects a cost increase of about EUR 50 million in the fourth quarter (excluding Brussels Airlines). Aviation Services are expected to report an Adjusted EBIT for the year that is broadly on par with its 2016 level.

“The modernization of the Lufthansa Group makes good progress,” concludes Carsten Spohr. “As our strong results confirm, we are successfully implementing our strategic initiatives in all our business segments. This is a great team achievement, to which all our 130,000 employees have made their contribution. Our shared success motivates us to consistently move ahead on this strategic path.”

The Lufthansa Group’s interim report for the first nine months of 2017 will be published simultaneously with this press release, and will be available at https://investor-relations.lufthansagroup.com/en.html​ from 07:30 CEST on Wednesday 25 October 2017.