Change at the top of the Lufthansa Supervisory Board 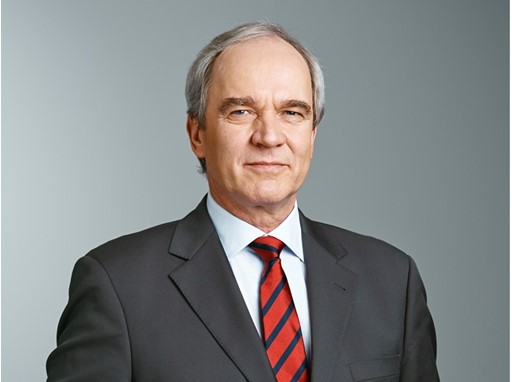 Mayrhuber deliberately wanted to implement the change in office of the Chairman of the Supervisory Board six months before the end of his term: "In the interest of continuous development and a forward looking development, I have resigned from my mandate so that Karl-Ludwig Kley can assume the position as Chairman. I am convinced that he will fulfil this role as long-standing industry expert and manager with great success. I have also resigned with the reassuring knowledge that the company is showing a positive earnings trend and an overall strong performance," says Wolfgang Mayrhuber.

Karl-Ludwig Kley has taken over from Wolfgang Mayrhuber at today's meeting. He brings in many years of international management experience, strategic vision and proven financial expertise.

Wolfgang Mayrhuber, who has served the company for more than 40 years, began his career at Lufthansa in 1970 as an engineer in engine maintenance in Hamburg. In the following years, he held different management positions of all levels within the MRO division. He contributed to the development of the company from a “cost center” in the group to world market leader in its industry. In 2003 Wolfgang Mayrhuber succeeded Jürgen Weber as CEO of the Lufthansa Group. During his time as Chairman of the Executive Board, he created the basis for Lufthansa Group's current structure, acquiring and integrating SWISS and Austrian Airlines, investing in Brussels Airlines and establishing Germanwings. In 2013 Wolfgang Mayrhuber became Chairman of the Supervisory Board.

“I would like to express my sincere thanks to all members of the Supervisory Board and the Executive Board for their good and trusting cooperation over the past few years. We have – even in difficult times – always cultivated a good and constructive exchange on both a professional and personal level," says Wolfgang Mayrhuber.

Miriam Elizabeth Sapiro was proposed by the Nominations Committee to be appointed for the vacant seat on the Supervisory Board. The Executive Board of the company will apply for a judicial appointment of Ms. Sapiro at the district court in Cologne until the annual general meeting of Lufthansa in May 2018.

Sapiro is a partner at international communications consultancy Finsbury and heads their company's Washington office. Born in 1960, she has more than 25 years of international experience in various economic and governmental roles.