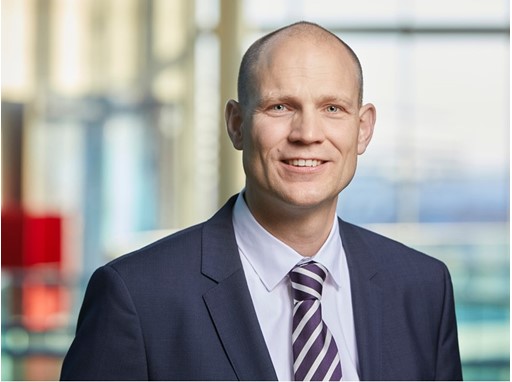 Dr. Michael Niggemann, has been a member of the Executive Board of German Lufthansa AG since 1 January 2020. He is responsible for "Human Resources, Legal Affairs and M&A" and also assumes the function of Labor Director.

From 2017 until his move to the Executive Board of Deutsche Lufthansa AG, Dr. Michael Niggemann was Chief Financial Officer (CFO) at SWISS International Airlines in Zurich. Prior to this, he held several management positions within the Legal Department of the Lufthansa Group from 2007 onwards, most recently as Lufthansa Group General Counsel & Chief Compliance Officer.

Before joining Deutsche Lufthansa AG, Dr. Michael Niggemann was a legal advisor at HOCHTIEF AG. He started his career as a lawyer in 2004.

Dr. Michael Niggemann was born in Dortmund on April 2, 1974. He is married and has three children.